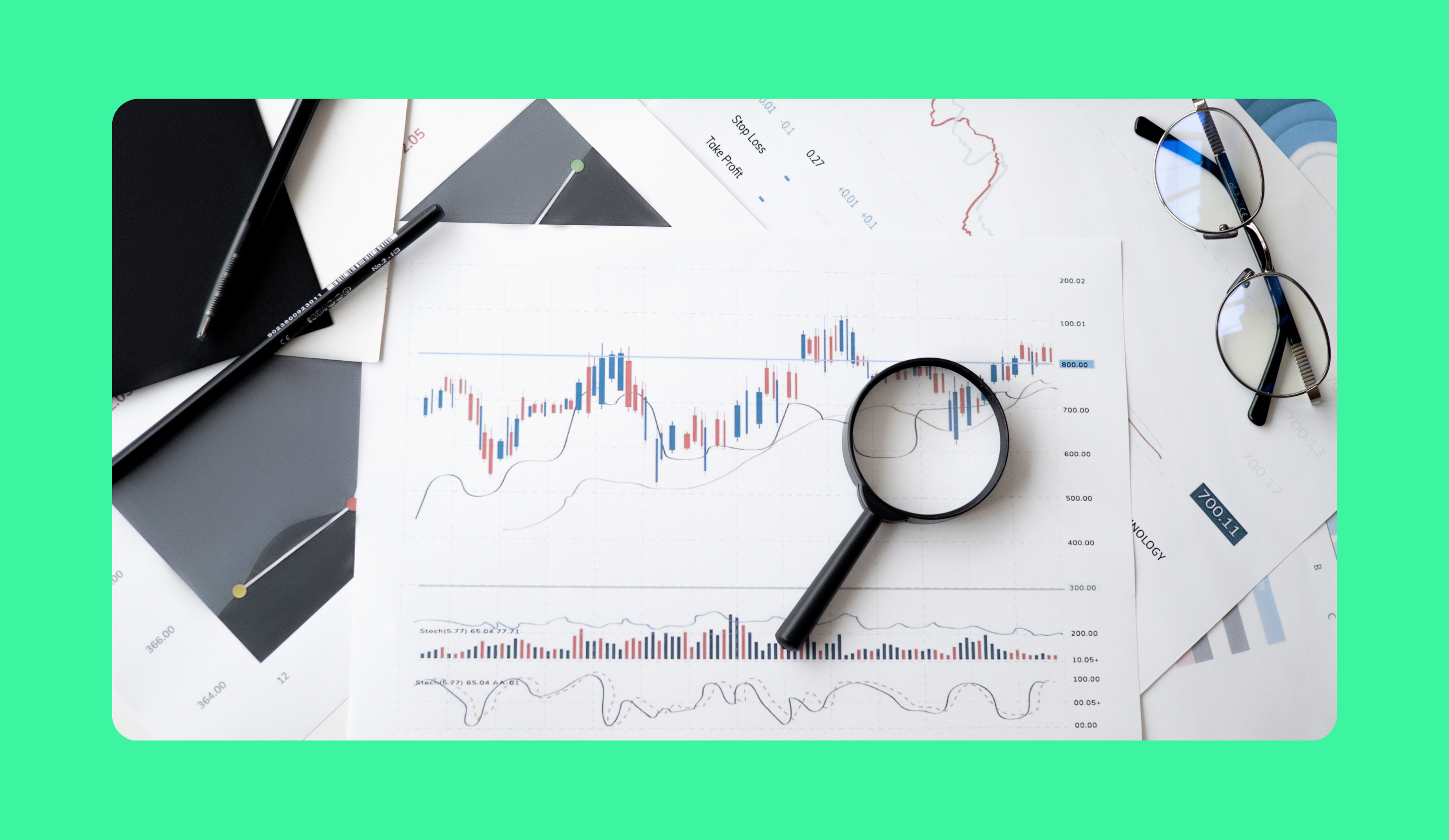 How people use Excel in the real world 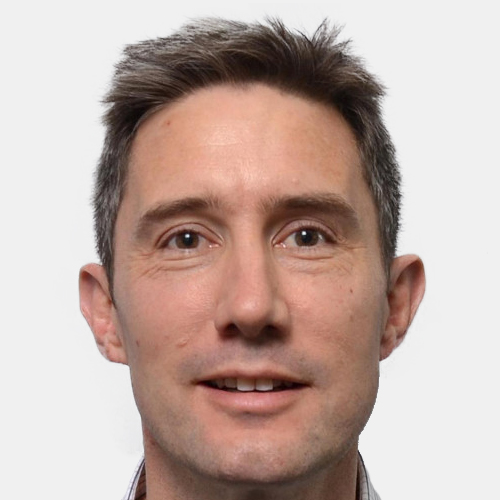 Lots of professionals talk about how much they use Excel, some people even refer to their daily office activities as ‘living and breathing Excel’.

When you look closer, no one is actually able to put any numbers on how much time people spend using Excel and what they actually do in it. It’s all hearsay and speculation.

As one of the UK’s largest providers of in-person Excel training, we decided to try and find out how professionals use Excel in more detail.

In Q1 2022 we organised a poll of 500 office workers asking a wide variety of questions about how they use the program.

Our research asked people lots of different questions about how they use Excel, what problems they have when using it and what level of Excel skills they possess.

In this article, we’ll look at part of those statistics, more importantly- how much people use Excel in their day-to-day office work.

There are numerous different ways to approach this, but we’ve decided to concentrate on three.

How Much Of Your Work Involves Using Excel?

Let’s start with the basic question.

Inevitably this will vary day-to-day, but we decided not to get fancy and start looking at distributions.

We simply asked people for their best estimate of how much they used Excel on a daily basis.

The average percentage of daily work concentrated in Excel was 37%. This shows what a critical and ubiquitous tool it is.

Over ⅓ of people’s work related tasks are concerned in Excel. Yes, it may drive some people crazy as it’s often not utilised in the best way but for those who know the tricks of the trade - it’s quick, flexible and as a consequence, it’s used everywhere.

Given its wide use, it has become a must in every professional’s toolset of skills.

You don’t need to be an expert to get ahead but being a confident and competent Excel user will give you an undeniable advantage.

Having said that, 1 out of 25 professionals use Excel over 80% of the time. These people, without a doubt, can probably qualify as the Excel gurus of the office.

How Often Do You Look At An Excel Spreadsheet At Work?

This is a slightly different way of looking at the same thing.

You probably won’t be surprised to hear - it’s quite often!

Given that Excel is used for distributing, processing and manipulating information, we thought that we should see how often people look at a spreadsheet. This could mean either working within the program or simply using it to access information.

66% of professionals look at a spreadsheet at least once per hour in an office setting. We think it’s safe to say, Excel really is a vital part of office productivity.

Again, we have a small proportion of ‘hard-core’ Excel users who spend most of their work day looking at spreadsheets.

8% of professionals confirmed that they look at a spreadsheet at least 11 times an hour and another 3% look at Excel more than 21 times per hour!

It’s clear that this refers to people whose daily work tasks are strictly concentrated within the program.

At the other end of the spectrum, there is also a good proportion of people who deal with Excel relatively infrequently.

This ties in relatively nicely with the 26% of people who said that less than 20% of their work requires Excel in the first question.

On Average, How Many Excel Sheets Do You Have Open On Your Computer At Any Time?

Again, this is a different way of looking at the same question.

This just asked professionals to estimate the average number of spreadsheets open on their computer, on a typical work day.

Again, we can clearly see the more in depth Excel users represented in the 5% above. These professionals would typically have more than 5 spreadsheets open at a time.

Hopefully, you’ve found this review of our Excel user statistics interesting. We are looking forward to extending our research and diving deeper into the world of the average Excel user. 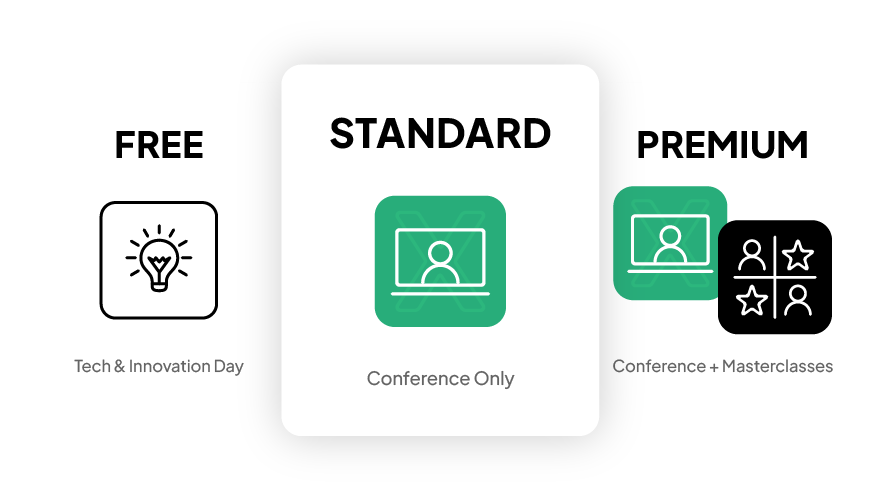 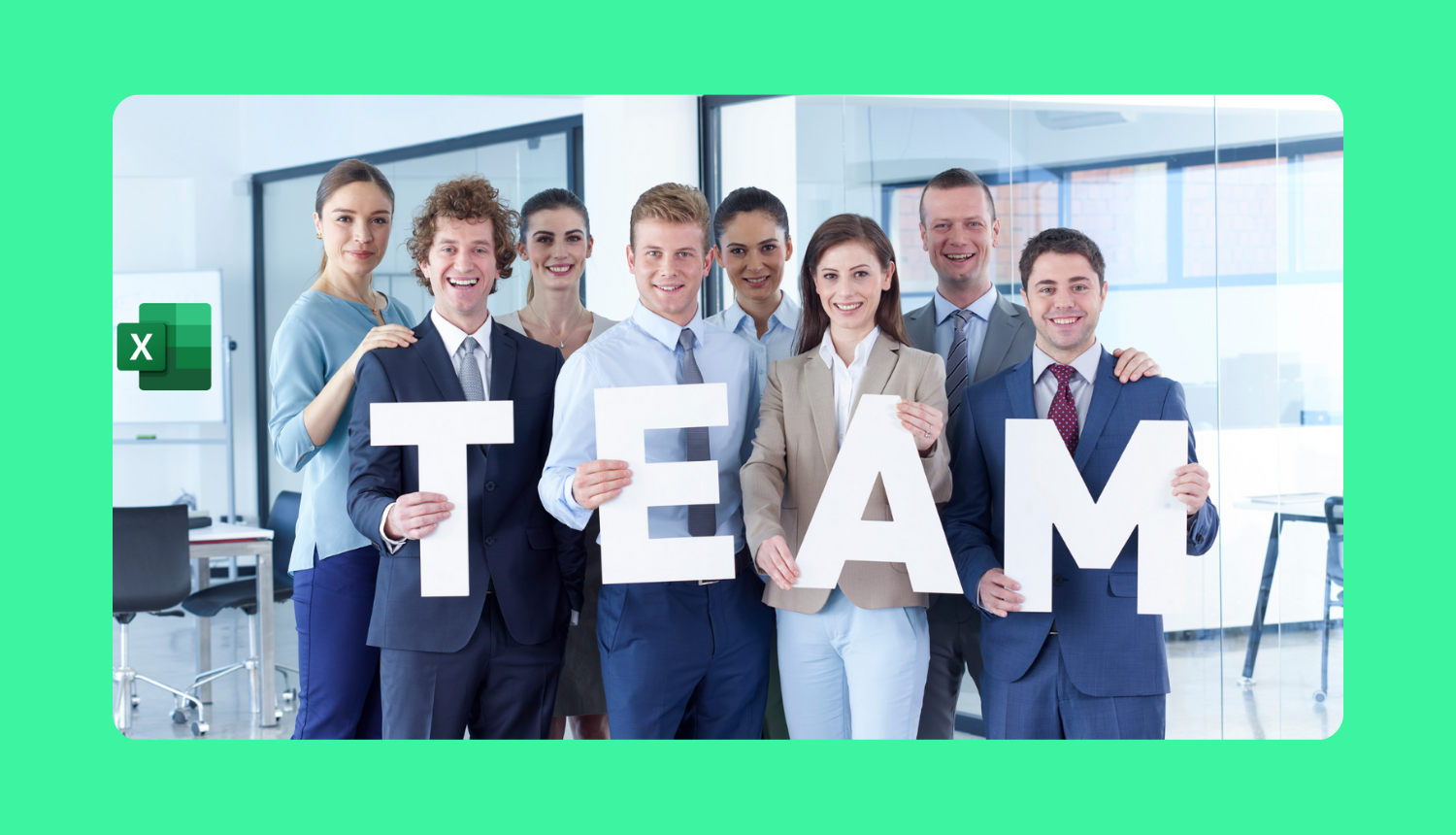 How companies can benefit from Excel-ready teams

Exploring Excel’s role in the workplace and why companies should invest in training. From greater organisation and efficiency to increased employee loyalty. Excel isn’t just a tool for some — it’s everyone’s tool. 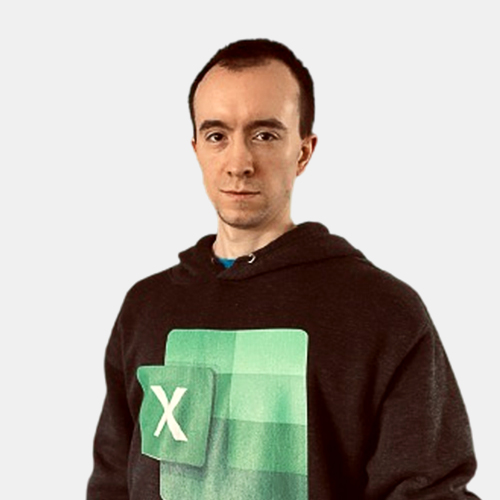 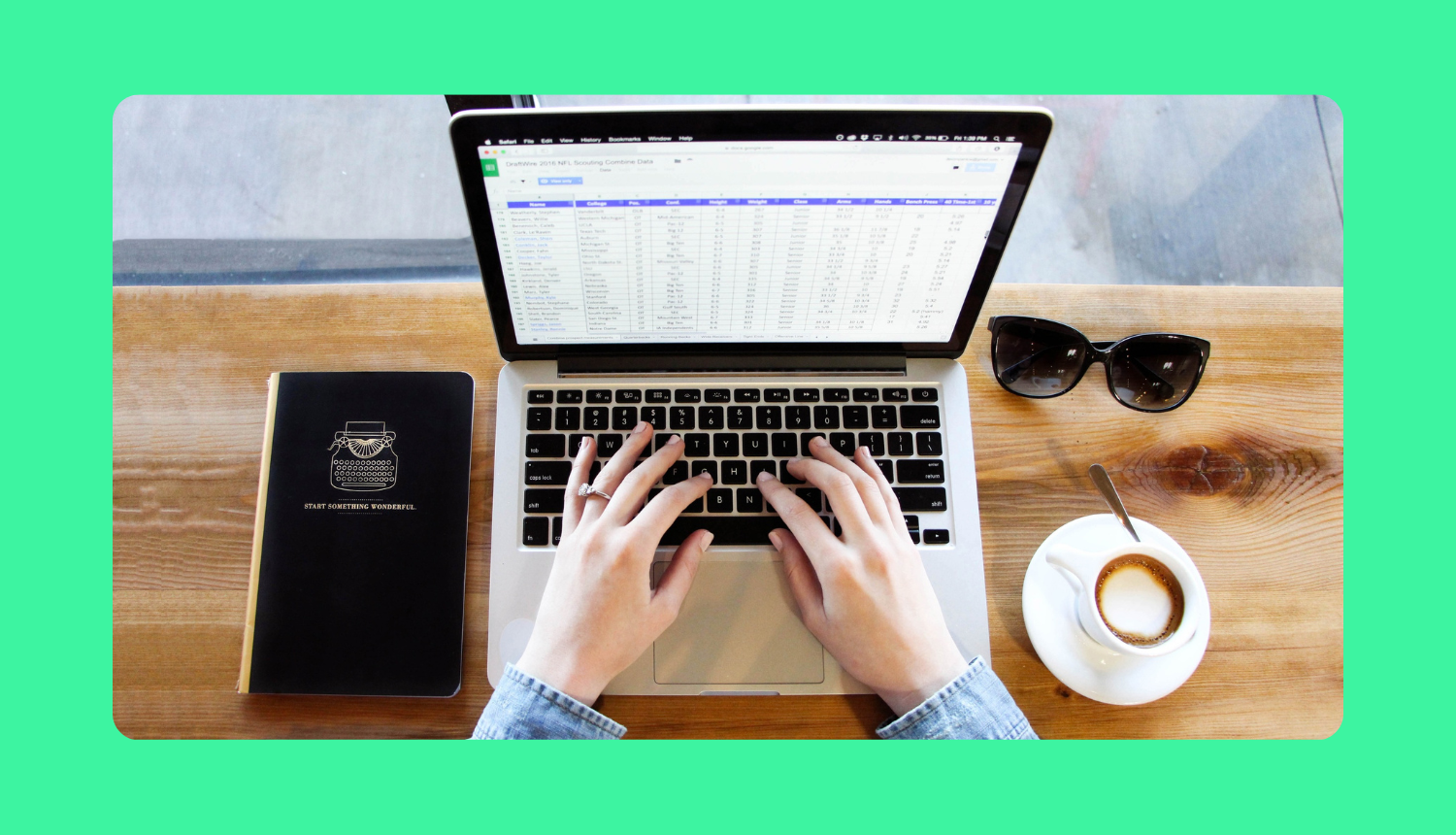 How people handle Excel problems in the workplace

An Acuity Training investigation into the Excel problems people encounter in their daily lives, including the most common type, how long they take to fix, and where they go to get help. 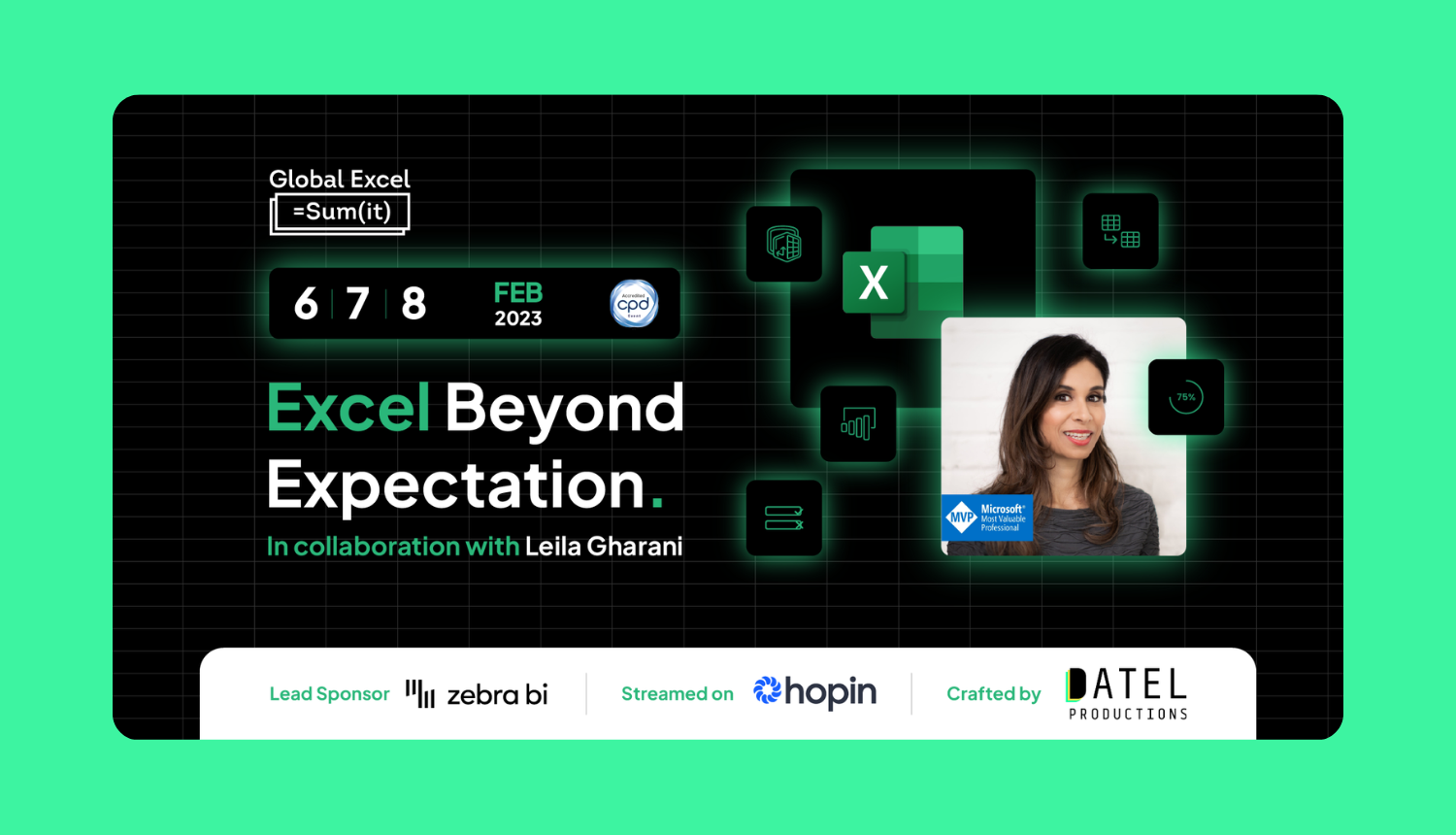 Thousands expected to attend the third edition of the Global Excel Summit, organised by DATEL Productions Ltd. The event will take place on 6–8 February 2023.